Uploaded logo will be displayed on header

Uploaded logo will be displayed on header

Are you sure you want to delete the photo?

We use cookies on this site to enhance your user experience. By accepting you are giving your consent for us to set cookies on your computer. Learn More

We use cookies on this site to enhance your user experience. By accepting you are giving your consent for us to set cookies on your computer. Learn More

Changing your ship-to location may impact your product pricing and availability.

Do you want to proceed with this change?

From family, travel, sports, fishing, horse riding, and classic cars – we’re a pretty lively bunch here at Ideal Electrical. What we do share in common is an absolute commitment to providing the very best in service to you.

Find out a little more about us below: 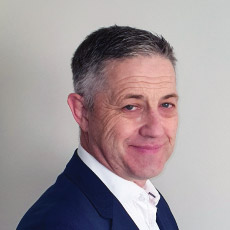 Roger has spent most of his career in the Electrical Wholesale Industry and before joining us this time, worked with the Rexel Group in New Zealand, US and Australia for more than 20 years. During this time Roger has held a range of roles, commencing as a Branch Manager with Ideal Electrical in New Zealand and progressing through to General Manager of Rexel in NZ, Division President Rexel Inc. (West Coast the US), and Executive General Manager of Rexel
in Australia. In the last three years, Roger has been with Hills Ltd as Head of Sales for their Distribution business in Australia. 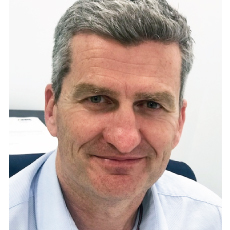 Craig joined Ideal Electrical in July 2020, having spent the past 7 years as CFO of Viridian Glass NZ. Craig has over 15 years’ experience as a CFO or COO operating in several diverse industries in New Zealand and Australia. Previous roles included COO of Aegis Media NZ, a global media buying agency, GM & Head of Sales at ComTel Corp a small listed Telco in Australia, and COO of iTouch Australia, a mobile content service provider. Outside of work, Craig likes to get fit when he can and follows his two sons on the rugby, football and cricket pitches. 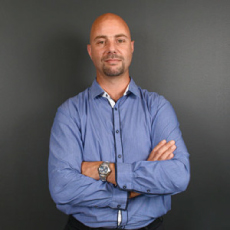 Steve is responsible for the operational direction of the company including Central Purchasing, Supplier Management, Category Team Management, Customer Services, Business Systems, Quality Assurance, Business Improvement and Master Data. Steve has 21 years’ experience in the Electrical industry starting with Mastertrade before joining Ideal in 1999. He has held roles including Branch Manager, Regional Manager and most recently as National Purchasing and Inventory Manager. With this wealth of experience Steve is ideally positioned to drive forward our operations initiatives in support of our sales.

Simon has been in the electrical industry for nearly 30 years. Starting as an electrical apprentice with a CHCH firm, GW Streat/Streat Electrical he stayed with them for 19 years. Then joined Clipsal New Zealand as National Sales Manager for approximately 6 years. Simon then joined Ideal Electrical Suppliers in 2004, as National Contracts Manager. Doing various roles within the broader company, National Supplier Relationship Manager, heading up Impel as GM Sales and finally as GM Business Development before leaving in 2012 to move to Australia. In Australia Simon joined Schneider Electric and established the EcoXpert program becoming Channel Manager – Partner Programs. He left Schneider in 2017 and joined Nexans Olex as Regional State Manager NSW/ACT, leaving them in Jan 2020 to return to New Zealand.

In his private time Simon is a family guy, mountain biker, for the social side now days, and part time farmer on his life style block about an hour from Auckland. 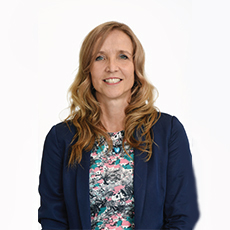 Tricia emigrated to NZ from the UK in 1998 and with her boys, she considers herself a local. Before joining Ideal, Tricia has had HR experience in variety of environments and roles, including wholesale, retail, business-to-business, public sector and not for profit; she started her career as a graduate trainee with Tesco Stores too many years ago, and had generalist HR experience with Nestle UK and Smithkline Beechams. In NZ, she has worked for Sky City and Griffins Foods, two iconic Kiwi brands before moving to Sara Lee where she was national HR Manager. At GWF she was People and Performance Manager before moving into a Sales Manager role within a sister company of the business.

More recently, Tricia has been contracting in a variety of Change Management roles mainly with Auckland Council and Auckland War Memorial Museum.Tricia loves the outdoors and can often be found mountain biking, tramping, ski-ing or generally enjoying beautiful New Zealand with her boys.

Phil Joined Ideal Electrical in December 2020. Prior to this he worked at the Ports of Auckland for 15 years, taking the opportunity to move within the organisation to learn about the operations and the people, spending time in the Operations and Engineering teams. All the roles had a safety aspect to them; he then made the move to the newly formed safety team playing a prominent part. Phil is passionate about ensuring that people have the tools to let them do their jobs safely and they aware of the risks that exist in their work environments. He has been involved in multiple projects including implementation of new H&S reporting systems and the roll out of the automated container terminal. Phil studied at Massey university where he earnt his undergraduate degree in business studies and later a Post grad diploma in Occupational Safety and Health. He has also completed the Nebosh International General Certificate in Occupational Health and Safety. Outside of work Phil enjoys heading down country to help on the family farm in Ohakune. He is a keen golfer and chef. 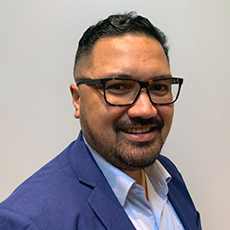 Tym has been in the electrical industry for over 20 years. He originally joined the company in 1999, as the Internal Sales Person for Rexel Electrical in Manukau, Auckland. Then becoming the Branch Manager in 2000 until he left the company in 2007. Relocating to Wellington, he worked for Modempak & HPM Legrand, before returning back to the company in 2011 to become the Branch Manager for Ideal Electrical in the Wellington CBD. In 2018 he became the Branch Centric Committee Chairman & as of November 2019, he has become the Regional Manager for the UNI region & relocated back to Auckland. Tym has recently completed his Masters of Business Administration at Victoria University of Wellington. When he is not at work, he spends all of his time with his wife, daughter, dogs, cats & birds. 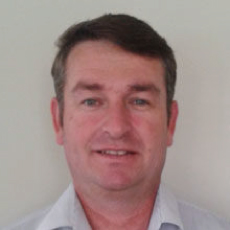 Chris Maltby completed electrical trades apprenticeship out of high school and then took a year off to pursue the possibility of a career in Snooker. Upon failing dismally Chris moved into sales for motor and foods industries. In 2003 Chris moved with family to NZ from Sydney Australia and started with Rexel as a sales rep. Chris moved to the manager’s role 2 years later. 2012 Chris was asked to run the Ideal branch in New Plymouth as well and within the first year, the branches were merged. In 2018 Chris was to be a member of the Branch Centric committee and an ambassador for the Challenger attitude program. This was a great year of growth personally and professionally. At the start of 2019, Chris moved into the Managing Directors role for Central North Island. Chris is based out of New Plymouth where his wife and our 3 daughters reside.

Nigel emigrated to NZ from the UK in 2006 with the Correction Service. In 2008 Nigel decided after 22 years of service in the UK & NZ it was time to pursue a different challenge and enjoy all that NZ had to offer. Nigel has held the positions of Counter Sales, Sales Rep, Account Manager and Branch Manager within the electrical wholesale industry and joined Ideal in June 2018 as Branch Manager at our Dunedin Branch. This was a great year of growth personally and professionally and Nigel was invited to become an ambassador of the Challenger Attitude Program. In July 2019 Nigel was promoted to the role of Managing Director Lower North Island. In his free time Nigel is an avid sports fan, more supporter than player these days, with his main passion being football. 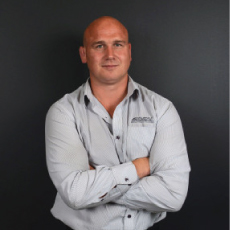 Regan joined the company in December 1997 as a driver at our Riccarton Branch where he then progressed to Sales Rep, then Branch Manager before eventually moving across the city to become the Branch Manager of the Christchurch Branch situated in Fitzgerald Avenue. Regan was then promoted to Christchurch Area Manager, overseeing the 4 Christchurch branches, and in July 2015 became the Upper South Island Area Manager. An enthusiastic and motivated manager having experience from the basic branch level through to higher end management, Regan enjoys the challenge that electrical wholesaling offers. An avid sports fan but with a particular passion for rugby, which he has managed to represent both West Coast and Marlbourough at first class level and also played several seasons for Canterbury B. His other passion is his family; he is married to Sonia with two daughters Sophie and Mia. 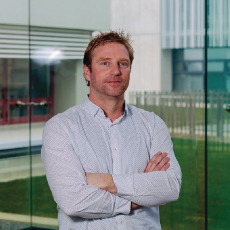 Paul Joined the ideal family as Sales Representative in 2007 and since then has worked in several roles including Branch Manager in Hamilton and Learning and Development Projects Manager – helping develop and lead the Challenger Attitude program. Born in Canterbury, the latest move for Paul to MD of the lower South Island involves a return to the mainland. Paul holds an undergraduate degree in arts as well as two post-graduate diplomas in marketing and management and recently completed a Master of Business Administration at The University of Waikato. His passion is Leadership and he enjoys seeing, and helping, those around him learn and grow. When not working Paul is spending time with his Wife and Daughters unless he is hunting, fishing, diving or surfing.